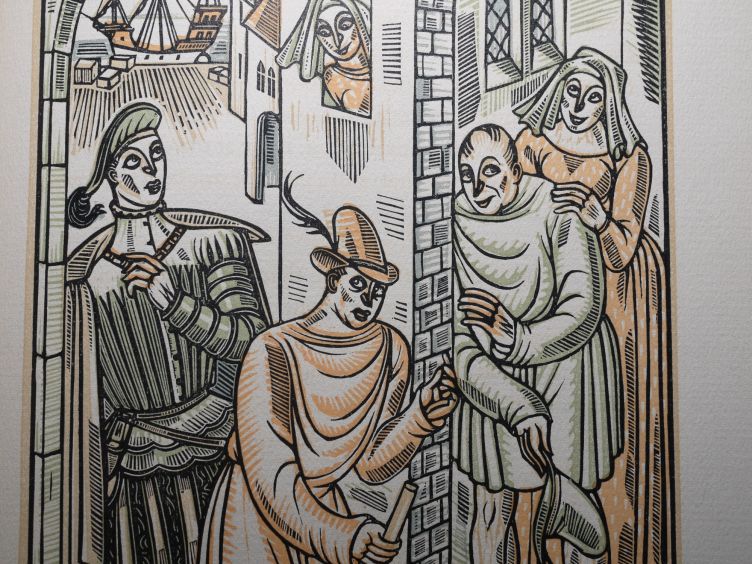 Another review in a series of articles examining the Limited Editions Club Shakespeare; previous entries looked at A Midsummer Night’s Dream and Hamlet, but you can always view the full article on the LEC for much more information about the series along with an updated list of reviews of various volumes.

A Comedy of Errors is illustrated by John Archibald Austen (1886–1948), an English illustrator who worked on a number of books for both The Limited Editions Club and Heritage Press. The monthly newsletter contains a short autobiography of John Austen that I’ve put up as an article, but also had this to say of the illustrator:

His first illustrated book appeared in 1921, and he acquired a considerable fame in England before he became generally known in America. But his fame and popularity spread in America when Dodd, Mead began to issue in this country, under the title of The Ebony Library, the series of illustrated books which John Lane was successfully publishing in England.

For this series John Austen illustrated Moll Flanders, Tristram Shandy, Don Juan, with drawings of a delicacy of color and sharpness of wit which caused him to be talked about among fanciers of illustrated books in America. Yet these pictures now seem immature beside his later work.

The edition of Vanity fair which he illustrated for The Limited Editions Club was a wild and resounding success. for The Limited Editions Club, he then proceeded to illustrate The Pickwick Papers, The Adventures of Peregrine Pickle, The Adventures of Gil Blas. He is now engaged upon illustrations for The Old Wives’ Tale and The Faerie Queene. For The Heritage Club, he has made illustrations for David Copperfield and The Vicar of Wakefield.

His illustrations for The Comedy of Errors were cut in wood, and printed directly from the wood engravings by R. & R. Clark in Edinburgh. Then colour was added to them, through four and five printings, each colour being cut in linoleum by Mr. Austen. There is an antique gayety in these pictures, a pleasing effect upon the eye, which can possibly best be explained by Mr. Austen himself, who gives us this charming autobiography.

I can’t say that I’m very fond of these woodcuts. Clearly, Austen was a very skilled illustrator and his work must have certainly hit a chord with the subscribers of The Limited Editions Club, judging by the number of books that he contributed his talents to. In his own words, he even seems to have had a lot of fun working on the book. But something about his work here doesn’t quite appeal to me.

Perhaps it’s because it’s so inconsistent with the other two volumes that I’ve looked at in detail before, but it seems like the style here is a far cry from what I think would be suitable for this play. For me, the end result, both the colours and the outlines themselves, are very unattractive.

As always, click on the photos below for larger, more detailed versions. 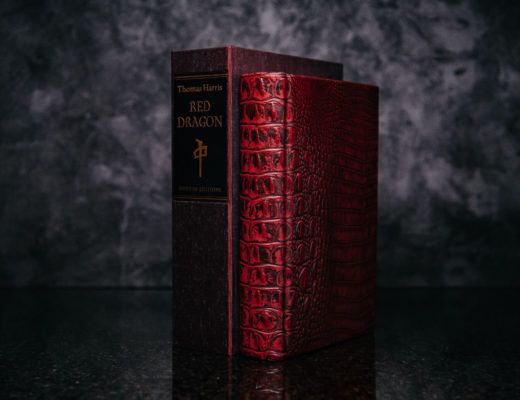