The Nawakum Press wrote to let me know about two new titles that they recently announced, and they look gorgeous.

The Book of Sand by Jorge Luis Borges 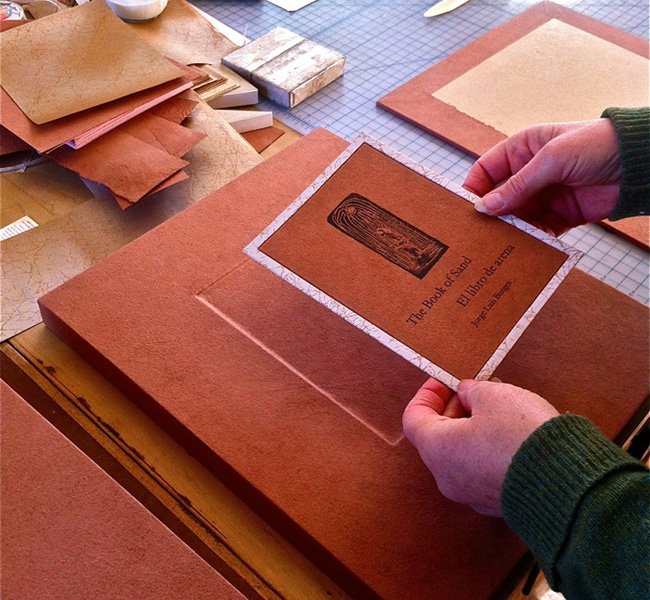 First up is The Book of Sand, a short story written by Jorge Luis Borges, first published in Spanish in 1975. I haven’t read this story before, but I have read Borges’ The Aleph which appeared in Vandermeer’s The Weird and it was really well done.

Designed in an artists’ book format, in collaboration with Peggy Gotthold and Lawernce G. Van Velzer of Foolscap Press, the Nawakum Press edition of The Book of Sand was printed and bound at their press in Santa Cruz, California. Artist and printmaker Thomas Wood of Bellingham, Washington was comissioned to create the etchings for this bilingual limited edition.

It’s published in one state: 30 copies, of which 24 are for sale. More information available here.

Outside by Barry Lopez 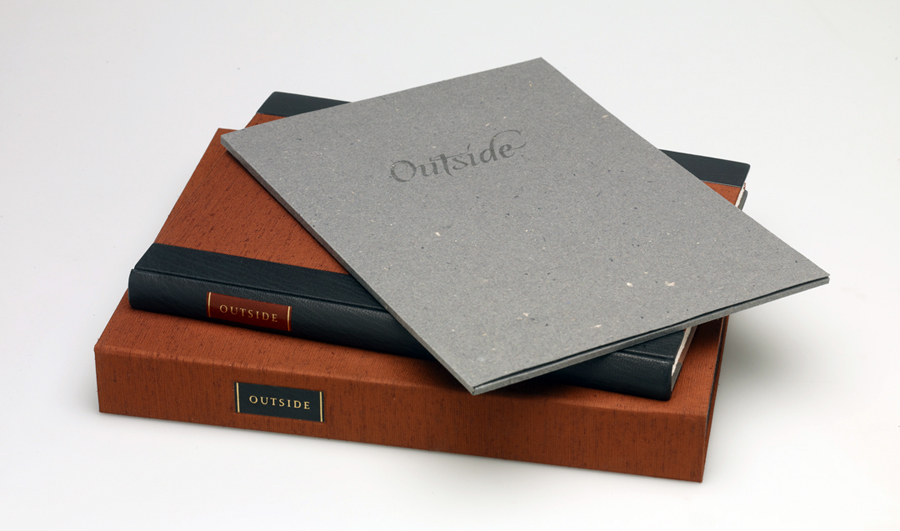 Their second title for 2013 is Outside by Barry Lopez, prize winning American author, essayist and fiction writer and Barry Moser, renowned American book designer, printmaker and illustrator. Six short stories, written over a span of almost twenty years from 1976-1994, are accompanied by “meditation” engravings by Barry Moser reflecting multifaceted aspects of the text. The engravings were printed directly from the blocks on Gampi Torinoko, a legendary handmade Japanese paper. Lopez has written an Afterword, and an Introduction has been included from James Perrin Warren of Washington and Lee University.